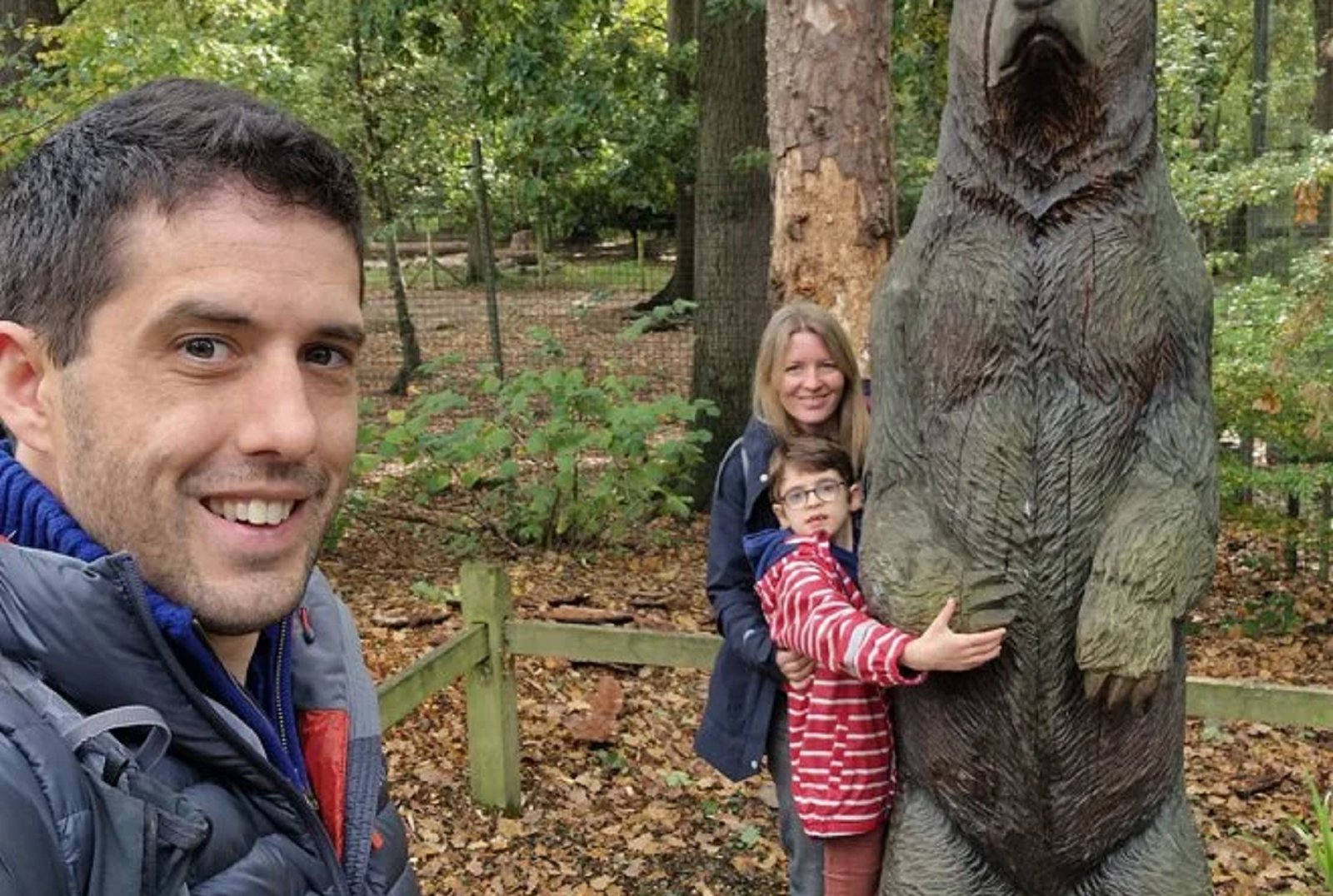 Albie Gill is eight. He has a severe speech and language disorder, as well as ADHD and dyspraxia.

His speech problems mean the way he pronounces sounds is jumbled up. “He can’t make ‘s’ sounds and he merges words together,” says his father, Mark, 39. “He has a strong desire to communicate but to people who are unfamiliar with him, he’s unintelligible.”

As if these problems weren’t difficult enough for the family to deal with, accessing the right school for Albie has led to a lengthy financial and legal nightmare which left the boy trapped.

Until this autumn, Albie was in a mainstream school with a base for autistic pupils, even though he isn’t autistic. He couldn’t converse, wasn’t learning a great deal and teachers couldn’t understand him.

Mark and his wife Shelley, 42, raised concerns with their local council, Sutton in south London, that their son was in an unsuitable school.

That was the beginning of a two-year negotiation that cost the family £20,000 in legal and professional fees.

Mark, the managing director of a veterinary practice, argues Sutton’s behaviour during the negotiations was “disgraceful”. It feels unfair they had to spend so much money on lawyers, he argues, only for the council to concede that Albie did need a specialist placement after all.

The family have since moved to Surrey and Albie started at his new special school in September. “You can see the difference in a term: his speech has improved significantly, he’s proud of what he’s doing. He’s an outgoing, friendly, caring boy. He likes to have friends and likes to make people happy – but wasn’t able to do that before. Now he’s got a group of friends he tells us about. He’s enjoying learning and is finally happy to be in school.”

Councils are obliged by law to assess a child for potential special educational needs and to pay for any support they require. Parents who don’t agree with the support they are offered – if any – can go to the Special Educational Needs and Disability tribunal (Sendist), where a judge will listen to both sides and come to a decision.

There were 11,052 appeals before the tribunal in the 12 months up to September, 29 per cent more than the previous year – though many cases, like the Gill family’s, are conceded before even going to court – so do not form part of these figures.

Experts say councils are increasingly fighting cases they know are doomed in order to delay funding the extra support. Their not playing by the rules forces families to rack up legal costs in the tens of thousands of pounds – and councils do not have to backdate any costs of support when they lose a case.

“This is made worse because it currently takes a year before a tribunal will hear an appeal”, says Ed Duff, an education solicitor at the law firm HCB. “In the meantime, that is a child missing out on education”.

New research shows that local authorities spent £73m in a single year defending legal appeals about support for children with special educational needs, only to lose 96.4 per cent of cases.

Based on calculations published on the Special Needs Jungle website and from data from the Government and Warwick University, spanning the 12 months to April, it also shows councils have spent more than £325m in the past eight years defending cases that parents take to tribunal.

The impact of these legal cases on the families is huge, says Mark.

“In those times, as a family, you have more arguments and a less happy and healthy home. It’s so time-consuming. Shelley doesn’t work and part of the reason she doesn’t is that so much time has been dedicated to things like organising reports, arranging assessments, meeting the school, trying to facilitate communication between professionals,” he explains.

“It is hard to articulate how stressful it is. You’re concerned your child’s needs will never be met, at a time when early intervention is so important, and know you’re having to fight for something and spend tens of thousands on something that your child was always entitled to.”

The charity Ambitious about Autism says it has worked with parents who have had to sell their homes and move into rented accommodation to fund legal costs, while others have cashed in their pensions. It has called on the Department for Education to adequately fund support for children with Send.

“The system is broken,” says Jolanta Lasota, its chief executive. “The Government knows this and so do thousands of families who are at crisis point across the country”.

Hayley Harding, founder of Let Us Learn Too, a campaign group, said: “As a result of the failure of the Department for Education to make sure councils observe the law, up and down the country they are openly ignoring their legal obligations, leaving hard-working families to suffer a cruel fight just to get their children the education that they have a legal right to.”

Sutton Council says it cannot comment on individual cases. But a spokesperson for the authority adds: “Where there is a disagreement with the local authority, we encourage families to contact us so that we can work in partnership with them.”

Local authorities have complained they are not receiving enough funding from central government to meet their legal obligations towards children with Send.

The Department for Education says the majority of cases are concluded without the need for tribunal hearings. They add that the Government had increased high-needs funding to £10.1bn in 2023-23, offering direct support and intervention to councils where needed.

But a spokesperson admits: “We know the system needs to improve and that is why we will publish an improvement plan early in the new year when we respond to the Send and Alternative Provision green paper.”